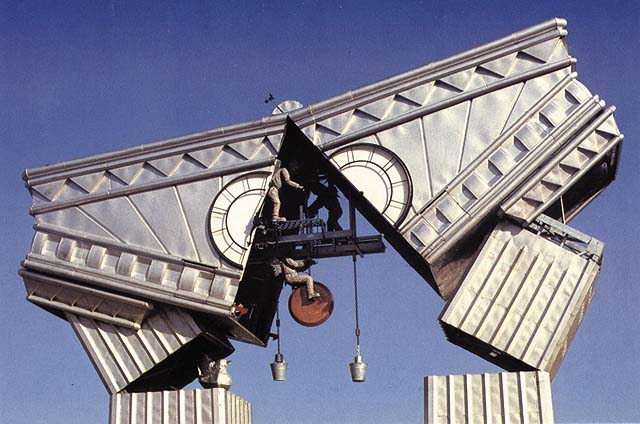 A 30’ high stainless steel triumphal arch built to represent Newport at the Welsh Garden Festival and which now has its permanent home in Newport town centre. The feature is a cross between a cuckoo clock and an expresso machine, it has been billed as the only ‘white knuckle’ clock in the world. Skeletons appear, smoke oozes from the cracks, several tons of steel fall apart and come to rest revealing the inhabitants asleep , a band of angel mechanics. A cuckoo wakes them, they start to rewind the clock weight, and the whole structure reforms itself ready for the next hour. 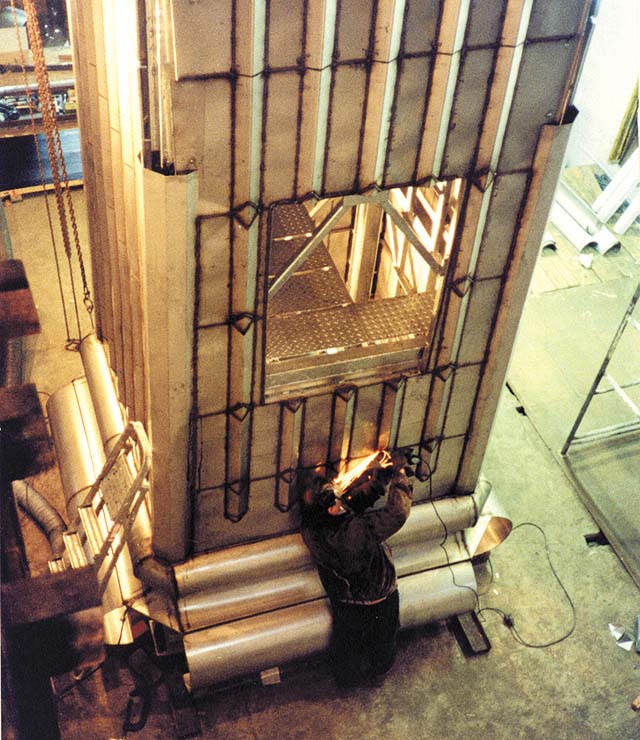 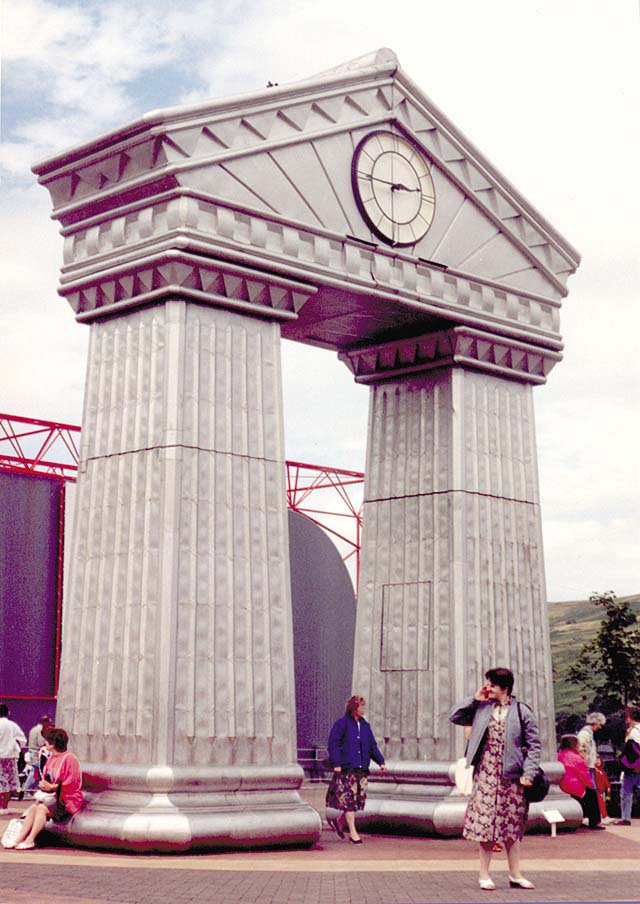 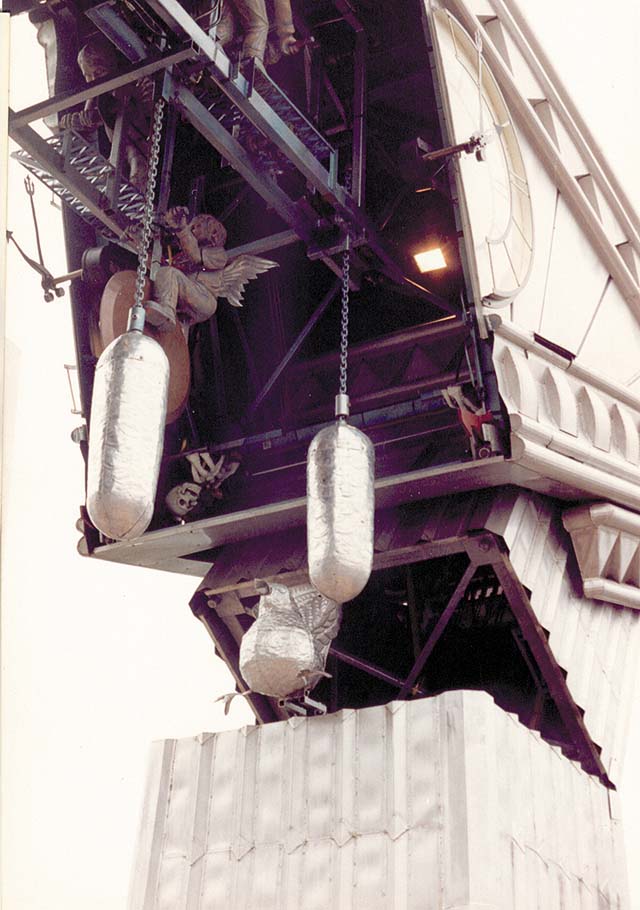